The WWF Conservation Intelligence (CI) team’s work helping to visually define Norway Government’s plans to redefine the ‘ice edge boundary’, a line drawn to define the furthest extent oil exploration and drilling in the Arctic, was published in The Independent in late April.

The Norwegian government has proposed to redraw the line to areas of ice frequency of 15%, against the advice of the Norwegian Polar Institute and the Norwegian Marine Research Institute which recommended a cut off at 0.5%. This comes at a time at a time when urgent warnings continue regarding the shortening of time to address climate change. 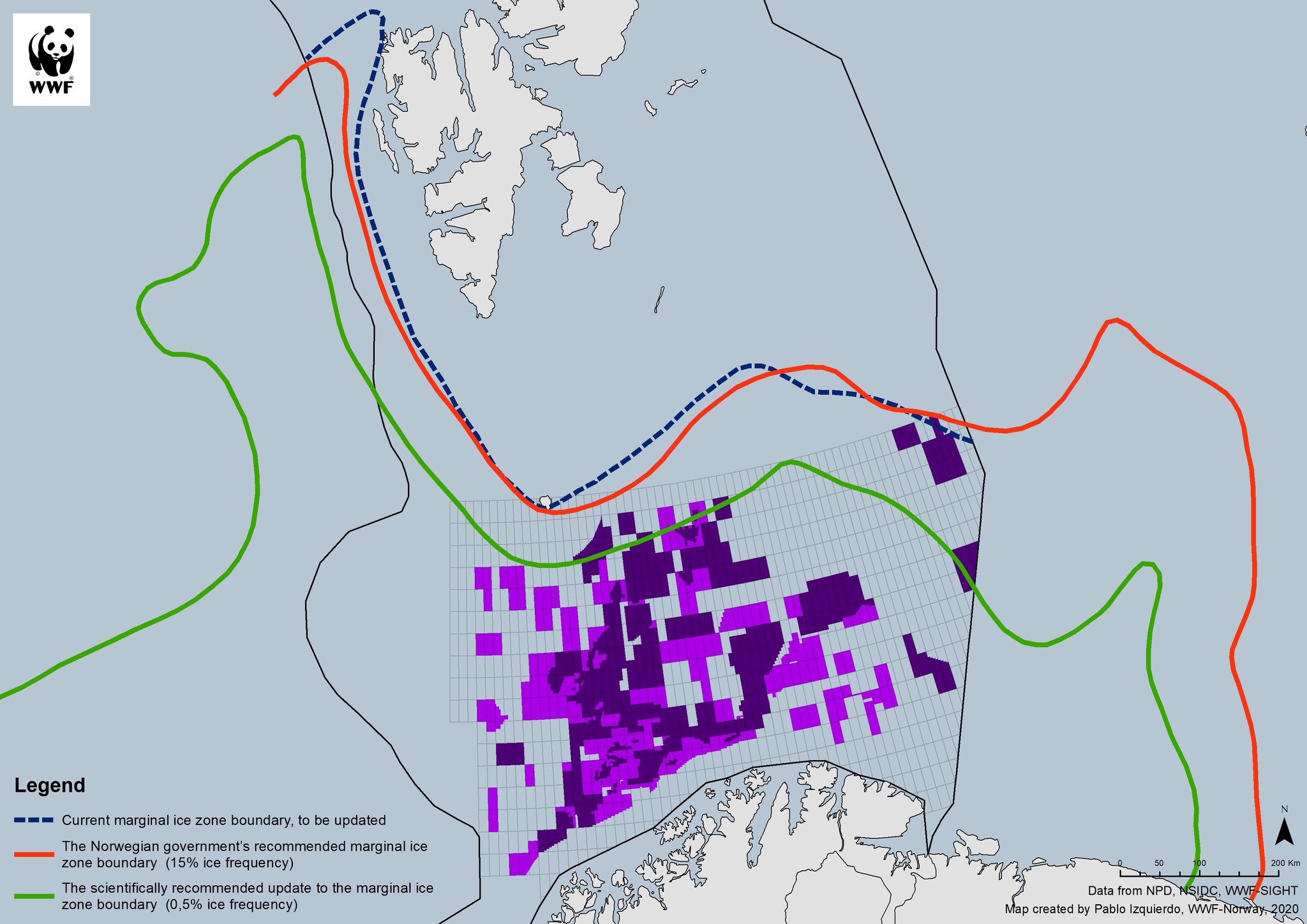 Anthony Field, Arctic expert at WWF-UK, was quoted in the article as saying “Oil companies are seeking to profit from the exploitation of the region’s oil reserves. But not only would general operations have a negative impact, an accident at the edge of the sea ice would be disastrous for this vitally important ecosystem because of the sensitivity of key species to oil,” he said.

“We want all oil companies – including British ones – to stop their exploration in this sensitive ecological region.”

CI intelligence on the global activities of oil and gas companies and state’s continues to help informed WWF’s insights and operations.